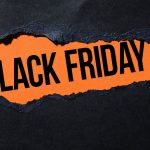 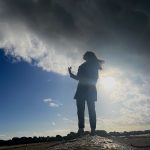 Thanksgiving is a much-loved holiday for Americans and it is celebrated on the 24th of November. It is a holiday with origins dating back to the 17th century, a time during which the Pilgrim fathers began to give thanks to God for the grain gained throughout the year.

It is a celebration that allows all American families to gather around the table to enjoy the famous stuffed turkey, typical of Thanksgiving, and to observe events, parades in their cities that are organized to celebrate in cheer.

It is a holiday of Protestant Christian origin that was first celebrated during the course of the 1600s, when the Pilgrim Fathers, who had escaped from Europe as they were persecuted for their religious views, came to America. Here the Pilgrims began to cultivate the land with seeds brought from England, many of which did not grow causing a poor, low harvest that did not allow many people to be fed during the winter and, for that reason, led to the death of many Americans. Only with the help of Native Americans was it possible to prevent the following year’s harvest from being like the one that led to the death of many people in the community during the cold winter. The work paid off: production was flourishing and abundant and, for that reason, the Pilgrim fathers decided to establish a day on which to thank God for the grain gained. That same year, the governor of Massachusetts, William Bradford, established that all American families should begin to thank the Lord for what was offered to them.

Over the years, this tradition was established and gradually began to spread throughout the United States and Canada. In fact, in the beginning, not all American colonies celebrated Thanksgiving on the same day: it was only George Washington who was the first to proclaim Thanksgiving in 1789. Over time, however, the holiday took on a different nature. It was Abraham Lincoln who caused the holiday to lose its Christian character, making it a beloved annual holiday.

Thanksgiving Day is a very appreciated tradition by Americans enough to become the subject of entire episodes of tv series, films, but also cartoons. For example, the most famous are “Hannah and Her Sisters” by Woody Allen, “How I Met Your Mother”, “The Big Bang Theory”, “Friends”, “Winnie The Pooh” and many others…

This festivity is the symbol of reunion of families, sharing, spirit of togetherness and love. In Europe this celebration arrived through the importation of movies where people are always shown sitting down around a table while they are sharing some food to thank God, the life which has been donated to them, friends and parents. The famous stuffed turkey can never be missed on the table. It is a tradition which dates back to the Aztec, a local population of the Americas that offered turkeys as a gift and sign of gratitude to the Spanish who imported them in Europe.

Since 1963 the National Thanksgiving Turkey Presentation has taken place in the White House. During this celebration two turkeys are symbolically pardoned by the President, but it is estimated that around forty million turkeys are consumed by American families during Thanksgiving. The principal course of lunches and dinners, in fact, is the turkey which is seasoned with butter, herbs, olive oil, broth, wine and stuffed with sausages, chestnuts, eggs and stale. But this isn’t the only dish prepared during this festivity. There are a lot of other specialities such as the sauces, for example the gravy sauce and the cranberry sauce (blueberry, orange juice, ginger and brown sugar), the well-known smashed potatoes (which can be flavored with caramelized onions, bacon, spices and cheese) otherwise desserts like the pumpkin or apple pies.