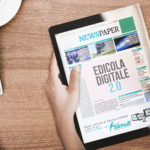 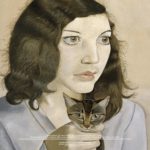 The renowned Antonio Canova is let down by the exposition in Palazzo Braschi, centre of Rome

An exposition based on the connection between Canova and the beautiful capital of Italy, during his years of life, has been organized by Museo di Roma in Palazzo Braschi, with a collection of over 170 works of art by Canova himself as well as other coeval artists. The whole collection is divided into 13 different sequences according to the style of the art and on the period of time that the great artist spent in the so called ‘Urbe’.

The whole pathway, from beginning to end, is lit up by a candle-light looking atmosphere, which is how the artist himself desired for his works to be shown.

The collection is a combination and collaboration of different museums and academies, such as the Hermitage of St. Petersburg, the Vatican Museum, the Antonio Canova Museum of Possagno, the ‘Musei Capitolini’, the ‘Accademia delle Belle Arti di Bologna’ and so on.

The pieces are a mixture of statues, paintings, and sketches, by the great Canova himself or others.

What most intrigued people about this exhibition was the recreation of the most acclaimed ‘Amore e Psiche’, a sculptural group created between 1787 and 1793, and now held in the Louvre, Paris.

The sculpture represents the burning passion between the two, Cupid and Psyche, who, being a most beautiful young woman, enrages Aphrodite, whom, being jealous of this mortal, yet divine-looking girl, decides to intervene by sending her son, Cupid to make Psyche fall in love with an abhorred man.

Nonetheless when Cupid sees the girl he falls madly in love and, under disguise, with the help of ‘Zefiro’, god of the spring winds, gets Psiche to his palace and spends passion-filled nights with his secret lover.

Yet the recreation of this masterpiece cannot even be compared to the original. The art piece was created by Magister with Robotor, a robot who worked, with no intervals, on a 10 ton block of Carrara marble, for 270 hours.

What left spectators alarmed though, was the unfinished and rough look the piece had. What was meant to be the most beautiful work of art in the whole Palazzo, and was therefore placed in the opening ‘cortile’, had been most certainly degraded to what looked like a chalk statue which to touch would crumble. It conveys none of the emotions and outstanding feelings that the original conveys. Cupid’s eyes are unrecognizable, their fingers seem to be carved into the skin and not hovering over the plump flesh of their other beloved. The marble seems to have “sewing lines” on different parts of the sculpture, as if the pieces had been stuck together, and not scalpelled by delicate, yet precise hands. The details Antonio Canova used to describe their fiery love, such as Cupid’s hair and most significantly, his wings, which have lost their light and fluffy look, have been replaced by simple marble blocks and haven’t been further worked on. The eternal passion that the two seem to share is nowhere to be seen.

Furthermore the Museo di Roma tried to explain the process of  the creation of the copy, in what looked like another wing of the Palazzo, but failed miserably, as what was shown was simply a video of the robot working on the block of marble.

What was and is an eternal masterpiece was most certainly let down by, what was meant to be a precise reaction, but turned out to be an unfinished, chalky looking black of marble.

Not only did the copy of ‘Amore e Psiche’ not do justice to Canova, but the rest of the exhibition left the viewer hungry for more.

The public was expecting a long, yet extremely interesting show of the master Canova’s works of art, but was let down by the abundance of other artists’ pieces and the lack of Antonio Canova’s.

What disappointed was how, once the viewer got used to the atmosphere, the collection was already finished. Moreover the division of sections, which on the Museum’s website were clearly highlighted and were given noticeable importance, seemed to be almost ignored and not eye-popping, leading the public to not understand in what years or period of time the pieces shown were meant to be placed.

For someone who has never studied Canova, the exhibition would be a collection of statues, painting and sketches with no sense in terms of period of time and in terms of the style of the artists, which noticeably and importantly changes with the changing of knowledge and aeon.

Nonetheless, the few masterpieces, which were exposed in exactly the same manner that Canova would have wanted, were most extraordinary and, no matter how his work is shown, it will always be magnificent and will last in eternity.